Superb scenery, spectacular sunsets, scintillating stars – and a total eclipse of the sun.

Our two-week journey through Chile took us from the bustling capital Santiago to San Pedro de Atacama, via Antofagasta in the north of the country and then to La Serena and Vicuña in the south.

San Pedro de Atacama is set on an arid plateau 2,400 metres up in the Andean Mountains. The landscape around the town is dramatic, with splendid volcanic peaks, geysers, hot springs, undulating desert and salt flats. We explored the unusual rock formations of the Valle de la Luna (Valley of the Moon), watched the changing colours dance across the huge dunes and rocks of Valle de la Muerte (Death Valley) as the sun went down, saw rosy flamingos and the most remarkable fiery sunset on the giant salt flats of the Salar de Atacama. At night, from a dark site well out of the town, we witnessed the winter Milky Way arching overhead and a canopy of thousands of stars. We also visited the operations centre of the Atacama Large Millimetre/Submillimetre Array (ALMA), the largest radio telescope in the world.

CHECK OUT OUR TAILOR-MADE ASTRONOMY ITINERARIES

We then headed towards the coast, via a fascinating disused nitrate mine, to the city of Antofagasta. From here we journeyed south to Cerro Paranal, home to the Very Large Telescope (VLT), currently the world’s largest optical telescope. We were lucky to get our visit to the peak because the wind was gusting to 60 km/h! We also visited the observatory’s hotel or “Residencia”, a building noted both for its exceptional design and its remote location in the Atacama Desert. It proved to be the perfect hide-out for Dominic Greene, the villain who 007 was tracking in the James Bond film “Quantum of Solace” and scenes from the movie were filmed there.

SUBSCRIBE TO OUR NEWSLETTER FOR THE LATEST NEWS, COMPETITIONS AND OFFERS 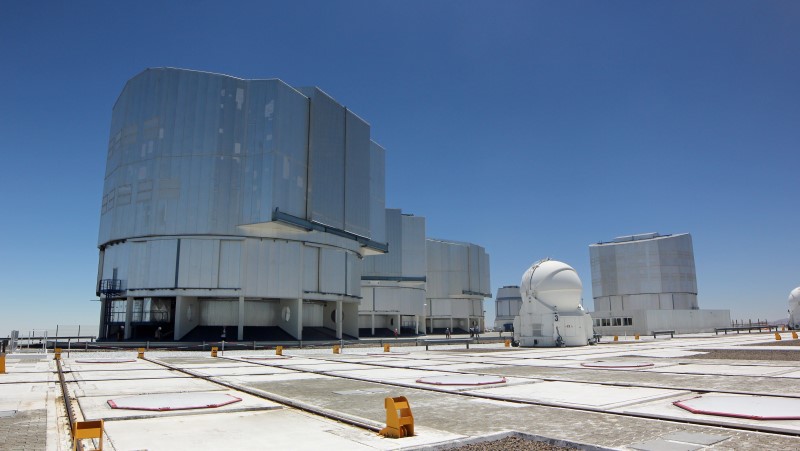 Later, via beautiful wineries and picturesque harbours, we headed south to the coastal resort of La Serena that was to form our base for the latter part of the tour. From here we explored the glorious scenery of the Elqui Valley leading eastwards to the town of Vicuña, taking in sights as diverse as a pisco distillery, the stunning Cerro Tololo Interamerican Observatory with its incredibly enthusiastic and knowledgeable guides, and fascinating nights spent exploring the wonders of the southern night sky through the various telescopes of the Panque Observatory.

RELATED: TRAVELLING TO CHILE? HERE’S THE BEST TIME TO GO 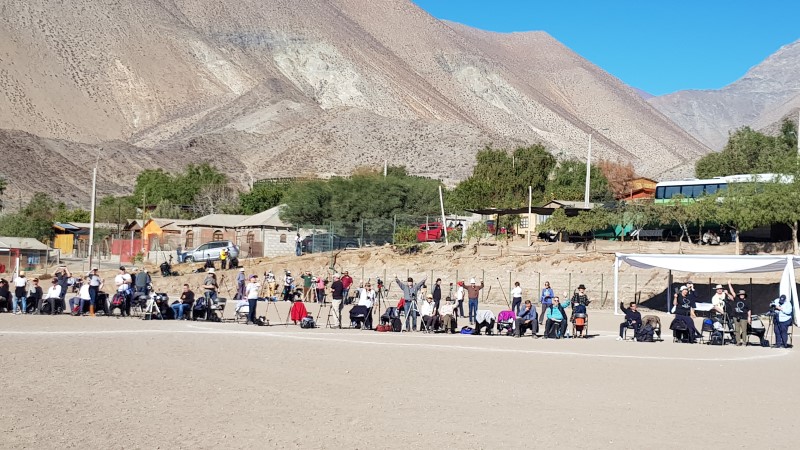 Eclipse day, July 2nd, began with a 7 a.m. start as we boarded the buses for the drive up the Elqui Valley to our chosen viewing site on the hills overlooking Vicuña. There was no traffic at this early hour, and we arrived on site in very good time, relaxed and with ample time to prepare for the big event. The hours spent waiting for the eclipse to start passed surprisingly quickly. Then, at just after 20 past three, the cry went up “First Contact!” A tiny notch had appeared at the lower left of the sun as the dark disk of the new moon first encroached on the face of the sun.

LOOKING FOR SOMETHING DIFFERENT? CHECK OUT OUR RANGE OF UNIQUE EXPEDITIONS 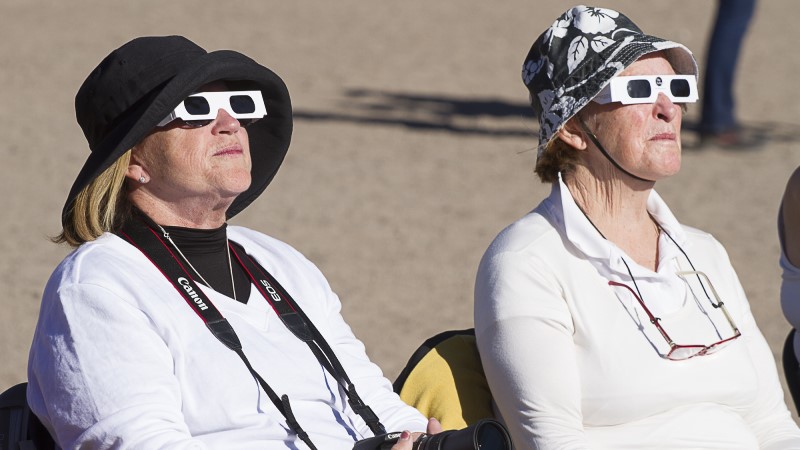 Over the next hour and a quarter, more and more of the sun became covered by the moon. There wasn’t a cloud in the sky! As totality approached, the light level dropped, shadows sharpened, a beautiful golden light illuminated the mountains around us, and the visible part of the sun shrank to a sliver. Then Baily’s Beads as the last vestiges of the sun sparkled like a string of pearls at the edge of the sun and finally – totality! Excited gasps from the crowd on site and cheers ring out from the thousands gathered in the hills around. 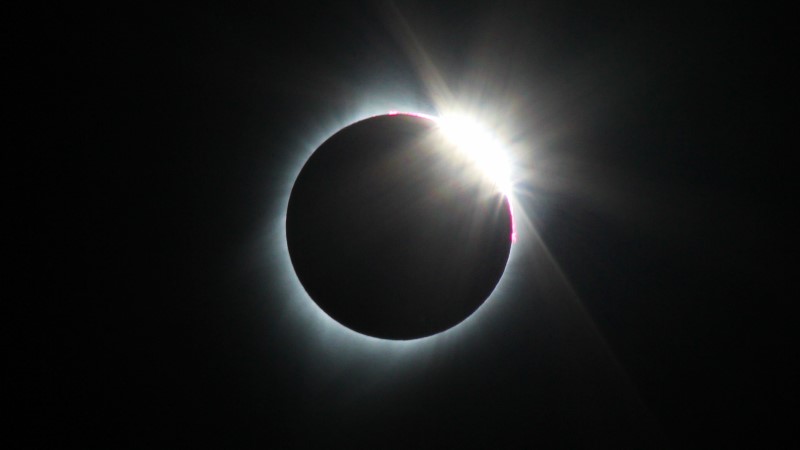 The eclipsed sun appeared like a black hole in the deep blue sky above the eerily lit mountains to the north-west. Around this, the white streamers of the corona, the sun’s outer atmosphere, stretched out into space. Totality lasted just under two-and-a-half minutes, but the time just raced by. All of a sudden, the sun burst out from behind the dark disk of the moon in the glorious Diamond Ring – the spectacular finale to the eclipse – which was greeted by loud cheers from onlookers far and wide. The final phase of the eclipse was framed by the mountains as the sun sank lower in the sky.

It was an epic end to an epic fortnight!

The next total eclipse will take place in December 2020 in Argentina. Join veteran eclipse chaser Dr John Mason for the experience as part of a special departure created by our tailor-made team. Click here to find out more.

What to expect on an Intrepid Travel eclipse trip was last modified: September 5th, 2019 by Dr John Mason

10 Unique Things You Can Do On A Cruise Ship

7 Reasons Why River Cruising Is The Best Way To Travel

Popping the question? These are the world’s most romantic places to propose

Valentine’s Day Gifts For The Travel Lover In Your Life

The Insider’s Guide To The Best Bali Beach Clubs

We Are Declaring A Climate Emergency